In India, the model of ideal spiritual development

includes service in the world and responsibility, as well as the practice of spiritual discipline. The Bhagavad Gita teaches that every person has his own obligations, and these obligations must be fulfilled, whether they involve renunciation of society or service to it. In the West, God is an exclusively cosmic character, while in India the deity has many faces: father, child, friend, lover. Those who have achieved self-realization understand that their social existence and behavior are conditioned by society and culture. When they have reached self-realization, they are in society, but they do not belong to it. They have freedom of choice. Realized yogis can choose the usual type of behavior or behave in accordance with other internal standards. Their newfound freedom lies in themselves, in the consciousness of themselves as a calm, transcendental center of being. True freedom consists in doing all actions in accordance with right judgment and free choice, and not under the influence of habit. 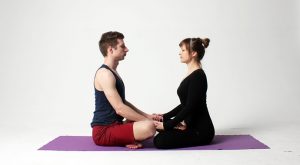 The classical ideal life of the Indian sage is divided into four stages:

the disciple, the head of the family, the forest dweller, and the ascetic. According to the traditional Indian concept, each stage lasts 25 years, and the entire cycle of human life should normally cover more than 100 years [9]. A person must go through all four stages to achieve self-realization. Each stage has its own tasks, each teaches a lesson and experience. At the first stage, a person leads the life of a disciple. He lives with a teacher’s family. In addition to professional skills and abilities, traditional Indian education is aimed at building character through emotional and spiritual discipline.

The goal of the student is to become a mature person, prepared to lead a harmonious productive life and not be a slave to his moods, habits and drives. After completing the stage, the student returns home and, having married, becomes the head of the family. The duties of the head of the family are to run the family business and raise offspring. The head of the family seeks satisfaction in family pleasures, in achieving professional success, in serving society as an active and responsible citizen. Since the character of the exemplary Hindu has been hardened in the first stage, he or she is now in a position to control himself and lead a moderate life. He or she has curbed sexual desires, aspirations for fame and fortune, and is content with the modest pleasures and duties of family life. The third phase of life is the inhabitant of the forest. A person gradually moves away from the family and moves away from professional activities.

When a husband and wife approach the age of over 50, their children grow up and become independent enough to fulfill their family responsibilities. An elderly couple retires to a small secluded house in the forest or remains to live in a family home, resigning themselves from business and family responsibilities. The old people communicate with the rest of the family, help the children with advice if they need them. The last quarter of a century is devoted to the fourth phase – failure. The passage into it is marked by a ritual resembling a funeral. A person is considered officially dead, he is free from all social obligations and personal ties, he can freely engage in the realization of his “I”, not limited to the requirements and conventions of the outside world.

Thus, every yogi has his obligations towards society, which he must fulfill. In addition to social growth, it is also necessary to develop spiritually. The life of every yogi is divided into four stages of life: disciple, head of family, forest dweller and ascetic.