Most people are attracted to yoga by external

as they see it, the health side is healing postures, cold baths, cleansing enemas, special breathing techniques, and so on. The goal is to improve the functioning of internal organs and systems – digestion, potency, pressure, memory and other organs. The layman believes that it is possible to ignore the worldview of yoga and at the same time recognize it as a unique system of physical and mental development. In modern yoga, traditional Hindu gymnastics is used – hatha yoga, similar to the gymnastics of the Chinese and ancient Persians. There are also such areas as raja yoga, mantra yoga, which are adjoined by “transcendental meditation”, mystical Taoism, Tibetan Buddhist methods, breathing techniques, and so on. 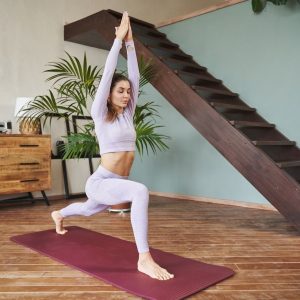 What does this wisdom of sunny India carry in itself?

Yoga is an integral part of the philosophical and religious teachings of ancient and medieval India. This is a system of exercises, methods and techniques, the purpose of which is not only to control the mental and physiological processes of the body, but also to ascend to a special spiritual state. Initially, yoga, with its system of psychophysical exercises, aimed to develop independence in the soul in relation to the body, so that after the death of a person, the soul would avoid reincarnation and dissolve into the primary faceless spiritual substance.

The physical exercises developed in yoga are, in fact, religious rites that open a person towards Hindu “spirituality”. Yogic exercises in their direct use are associated with occult meditations, and various yoga postures identify a person with animals or even objects (for example, the “posture of a cobra”, “cow’s head”, “downward-facing dogs” and others). As a rule, special body movements, fixed postures, holding the breath, repeating a mantra, as well as visualization are used – a way of working with the imagination, in which, having closed his eyes, a person mentally draws some image in the dark and over time he sees the imaginary very clearly. and distinctly. Some postures excite the sexual centers, according to yoga teachers, this is necessary in order to take advantage of sexual energy, transform it and distribute it throughout the body for healing and vigor. 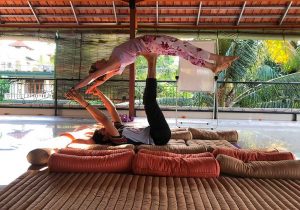 Unfortunately, not everyone understands that religious faith

morality and external rites, practice are deeply interconnected, so that you cannot use any practice by itself without experiencing the influence of the spiritual essence that this practice expresses. Even external movements can contain a certain formula-sign, informing the soul of the mood corresponding to the Indian religion. Indian-occult or Eastern systems offer their own psycho-technical techniques aimed at “expansion of consciousness”, “supersensory perception” and “opening of inner spaces”.

The true goal of all types of yoga is to reveal the hidden “divinity” in oneself, to merge with the primary reality and thus reveal supernatural spiritual forces in oneself. Here is how the famous yoga apologist, who formally belonged to the Catholic order of the Benedictines, the Frenchman Jean-Marie Deschane, frankly admits in his book Christian Yoga: “The goals of Indian yoga are spiritual. It can be equated with betrayal forgetting this and preserving only the physical side of this spiritual teaching, when people see in it only a means of achieving bodily health and beauty. The art of yoga is to immerse yourself in complete silence, to cast aside all thoughts and illusions; reject and forget everything except one truth: the true essence of man is divine; she is God, the rest can only be dreamed of.”

In Hinduism, many were attracted just by the idea that a person is divine in himself, that he contains all the perfections that can be revealed using special techniques, and therefore, the difficult path to God through overcoming one’s passions, which Christianity offers, is not at all required. You just need to reveal the hidden divinity in yourself. It is interesting to note that one of the common mantra expressions in India is “so-ham, so-ham”, that is, “I am He, I am He.” As you know, the feeling of self-importance, self-sufficiency, combined with a feeling of euphoria – self-enjoyment, in Christian asceticism is called charm, that is, seduction, self-deception. Man imagines himself to be divine, but in reality remains without God, but the dark forces flatter his pride by imitation of divine perfections. This is a repetition of the ancient temptation to become “like the gods”, to acquire divine knowledge and powers, which is constantly whispered to a person by an invisible seducer.