Every morning in China, on the streets and squares, flocks of people in loose clothes, as if in rapid motion, move and freeze in the poses of praying mantises. These are the champions of qigong, the ancient practice of energy management. Qigong is a bizarre mixture of martial arts, meditation and exercise therapy in a Chinese way. There is nothing complicated here: all exercises are supposed to be performed slowly, smoothly and, most importantly, consciously. The stunts and complex choreography (and qigong really is sometimes more like a dance) remains tai chi, which is considered in some ways the “next level” of practice.

Even the British National Health System recommends tai chi – discarding, however, esoteric elements like opening the third eye and bringing the energies of yin and yang into balance. Exceptionally scientific calculations report: slow and smooth movements, deep breathing, conscious observation of one’s own body – everything is beneficial for practitioners. Especially for those who started playing sports recently – after injuries, a long break – and, of course, retirees. The latter, through practice, can even reduce the risk of falls and, as a result, the notorious hip fractures. For those who have not yet entered the 65+ category, tai chi helps develop joint flexibility, improve coordination, calm the mind and relieve stress. Tai chi has several main styles: yang, chen and wu – each can be practiced separately, but most practicing teachers prefer to mix them.

Where: In the Chinese province of Yanshou, on the banks of a picturesque river, there is a small family retreat, and with it there is an excellent school. Both qigong and tai chi are taught here.

In the past seven years, the guided meditation app Headspace has raised $250 million. Millions of new users install it every year. Businessmen get up at five in the morning to sit in silence alone with their thoughts. Doctors say: meditation can significantly reduce stress levels and make life more conscious and focused, and consciousness – concentrated. At first, of course, it is better if someone guides your meditation – preferably a trainer. In Moscow, guided meditation is practiced, for example, in the Yoga Space studio or in the Mind & Body Studio – in the latter, mantras can be sung during classes accompanied by music.

Where: fabulous Bali is the perfect setting for meditation in complete silence (and it can last not just a few hours, but several days or even weeks). 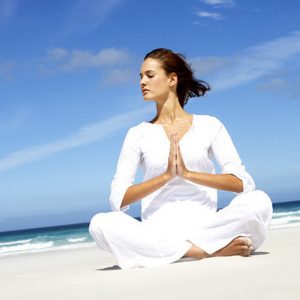 In essence, Bikram yoga (or simply yoga in a sauna) is not a pleasant undertaking: sweat pours into three streams and flows into the eyes, hands move apart on the rug, there is not enough breath. The average temperature in the hall is +40 °C, the average duration of a lesson is 1.5 hours. Nevertheless, the effect for the body is noticeable: the risk of damage to the joints and muscles from insufficient warming up is reduced (here it is more than enough), the cardiovascular system is pumped, the muscles become elastic and easier to stretch, endurance develops quickly. However, before visiting the first class, reasonable and responsible yogis first go to the therapist: bikrams have contraindications, and quite a few.

Where: Any of the official Bikram yoga studios will be good, and there are plenty of them, from India to Hawaii. They are sanctioned by the so-called Bikram Institute, and this is a kind of quality mark.